In this interview we feature Richard Ayoade. Originally of GARTH MARENGHI and MIGHTY BOOSH fame, the BAFTA-winning actor, director, writer and comedian is no stranger to the world of cult. A well-documented cinephile and previous contributor to Arrow releases to boot, Richard is a prolific voice in contemporary British culture, and here lists off his favourite cinematic voices behind the titles in his own Arrow collection.

So sit back, relax and let Richard take you on his journey of Arrow…

RA: It must’ve been the Argento releases, DEEP RED or TENEBRAE. I’d never watched horror much as a child, it just seemed too terrifying to me and I was really intent on not frightening myself as a general policy decision. I didn’t watch TWIN PEAKS until I was in my 20s, and even then it was with the curtains open. But I had to find out what horror looked like when we started making the show GARTH MARENGHI’S DARKPLACE, and I felt drawn towards the Italian directors more, mainly because of how stylised and grand they were even when on a low budget, and I felt they were more visually-oriented than some other horror directors. There was an interesting Hitchcockian dynamic to their points of view as well: the films were often about people looking at one another, and that unidentified third point of view functioning as an ‘other’ angle. Carpenter has that as well, that shifting, ghostly presence which maybe you could retrospectively pinpoint as a specific point of view.

So I only started watching horror to find out about how horror was made – and this was from around 2000 to 2006.  When Arrow Video got started, I liked that it was releasing better prints and special features. I don’t have a particular Damascus-like moment of recollection – there just seemed to be a resurgence in these better-packaged, curated releases, and Arrow was very much a part of that. The act of streaming a film doesn’t offer quite the same ‘event’ experience as a Blu-ray. I still like VHS for the same reason – though maybe that makes me sound like a dinosaur.

A: Did you come to horror then from more of a director’s point of view?

RA: When we were doing GARTH MARENGHI, I really felt like I didn’t know how to direct at all – and I still really don’t know how to – so when you’re starting to learn, you quickly become aware of directors and the things that distinguish them. You start saying to yourself, ‘Ok now I’m going to watch all the Bava films, Ok now I’m going to watch all the Fulci films…’, or all the films of a particular producer like Charles Band, and it does become a kind of obsession. I have that completist impulse, I never understand it when someone says they love a particular book but would never have any interest in reading another book from that author. And that became a similar experience for me with Arrow Video, there’s something about building your own world of films within a small, independent studio that induces the same feeling of collectability. When Arrow Video releases a new film, it makes you take note in a way that other labels don’t; it always means something when a film is under their banner.

A: What do you think makes Arrow Video particularly stand out as a distribution label?

RA: For me it’s that they rediscover these cult movies, and I was thinking about this the other day – what makes them worth rediscovering. Ostensibly, to take a film like TOKYO STORY – something that is incredibly well-constructed, measured, lucid, evocative, perfect – that’s not the experience of watching an Argento film. But in the same way that a weird, obscure, psychedelic band from the ‘60s might be more interesting from the period than a band like The Beatles, even though The Beatles are demonstrably superior, so a cult movie develops a more interesting aesthetic or energy over time.

A: Did you just compare Ozu to The Beatles?

I enjoy watching films where the reasons why things are happening aren’t so obvious – you can’t understand in the moment why they’re going to a close-up, or using a specific colour palette, and you engage with it in a more visceral way. You see that recurring in lower-budget cult films - perhaps because there wasn’t a need to connect to that wider audience, you get more and more of those individual points of view and those stranger preoccupations coming through.

Susan Sontag’s essay Notes on Camp for example is that a component of ‘camp’ as she defines it is found within the differential between form and substance. There’s something about the intent of the filmmaker and the form of the film that doesn’t quite marry up, and cinema has the highest potential for that differential. The form of a film is so dependent on time, money, etc. that even with literate, sensitive directors like Cronenberg, within limited means you get a tension in something like SHIVERS or RABID between the ideas and the form. So I think part of a cult following is about being able to enjoy that tension between form and substance, as well as just enjoying the film in and of itself.  There’s a second level or layer to that enjoyment – and I think that’s why audiences love them, and love rebuying them in different formats, and watching them again and again. Again as Susan Sontag says, to deny yourself these pleasures is really to deny yourself some of the greatest pleasures there are.

There’s always something about cult filmmakers and the fact that they’re not creating the film to appease an ‘idea’ of an audience, but for themselves and their love for the film, that ultimately makes them feel closest to the audience – they’re almost one and the same. That goes for Arrow Video as well: there seems to be an enjoyment and a care for what Arrow release, and that’s what you want from anything, to feel that you’re being offered something because there is a genuine love for it rather than because of a deal or a promotion of some kind – it feels more fan made.

A: What do you think makes high quality home entertainment important in this day and age?

RA: The only way I’ve used streaming is more as a kind of a YouTube reference point. I’m writing a book right now that’s entirely about VIEW FROM THE TOP, the Gwyneth Paltrow air stewardess film, and I’ve watched that film in bits nearly every day for two years. So for me that’s where streaming works, and I have no problems with it. But there’ll always be something about Blu-rays being a tangible object that just creates a slightly different ritual to the experience. I think possibly it may start going more towards that curational element that small independent studios like Arrow offer, the idea that you’re drawn to a few of the films within the ‘world’ of that label and so you start exploring more of it.

I’ve always enjoyed the ‘madeness’ of things, of feeling aware of the maker behind the film; I’ve never understood the criticism of being ‘taken out of a film’. That’s why I love the idea that the film comes in a full package, with new artwork and special features, and in a way why I love what Arrow does virtually what Blockbuster video stores used to do with recommended sections on shelves; that curation now lives online within labels.

A: Out of the last 10 years since the birth of Arrow Video, would be your top 10 desert island picks? 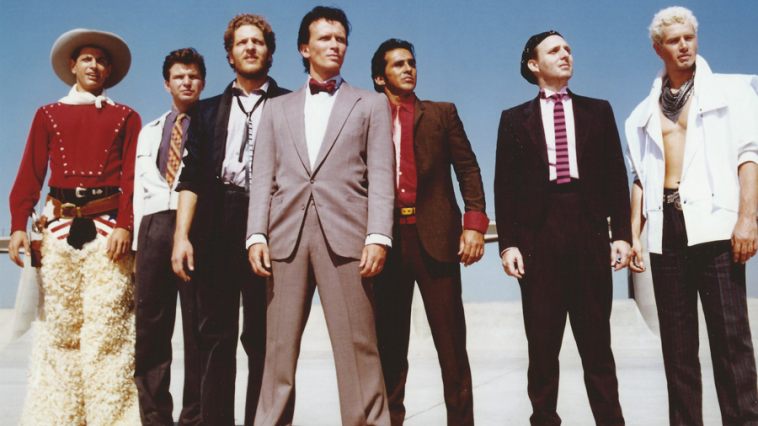 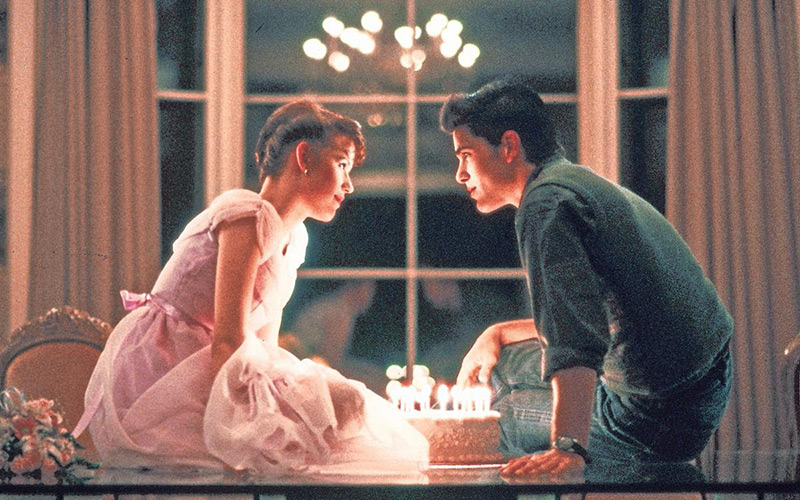 I guess if you’re looking for a connecting thread within these choices it’s that there is always a strong voice and point of view behind them. The joy of watching films by a similar director or a similar writer is to identify those points of view that you like and watching them develop in other worlds. You’re naturally going to be interested in seeing how one person keeps telling you things: was it being told like this because the story demanded it, or because that’s just their voice?

That’s why I love interviews, there’s always a drama to watching someone talk about something they’ve made. They’re interesting for their own sake as well, in that they sometimes reveal absolutely nothing at all about why that director is so good or why they see the world in that way, and yet the interview is always enjoyable to watch. They’re important to me because they offer an extension to the world that the director's created - or I’m grateful for them, let’s put it that way.