Hail to the King: The Life and Movies of Larry Cohen

Hail to the King: The Life and Movies of Larry Cohen

Director, writer and producer Larry Cohen is best known for his B-movie genre work in the 1970s and 80s, rising to prominence as the King of cult cinema with such B-movie masterpieces as It’s Alive and The Stuff. This, in addition to a vast array of writing and producing work which took in everything from blockbuster movies to low-budget Blaxploitation and his offbeat, gory slasher movies. Cohen died this year, aged 77 - and even then, his last work as a director was over ten years ago. Nevertheless, his legacy lives on in an exciting and varied filmography which continues to entice new viewers and delight fans of cult cinema to this day.

Cohen began his career writing crime and detective dramas for television, penning several episodes of The Defenders and The Fugitive, as well as the fantasy and suspense anthologies Kraft Television Theatre and Kraft Suspense Theatre. He would continue to work within these genres and themes as he embarked upon his own directing career, starting with the black comedy Bone (1972) and the Blaxploitation crime comedies Black Caesar (1973) and Hell Up in Harlem (1973).

His follow-up to these films is what really made a name for Larry Cohen though; It’s Alive (1974) is a well-remembered comedy horror film about a deformed monster baby and its gory killing spree. Although it was initially a misfire for Cohen and the studio, a snappy marketing campaign and re-release turned the film’s fortunes around, making it $7 million at the box office, spawning two sequels and a remake (the former also directed by Cohen himself). Would-be fans might want to give the latter a miss though, with Cohen advising viewers cross the street rather than have anything to do with this one – which largely ignored Cohen’s screenplay and original movie, to its detriment.

Cohen’s next major film was the sci-fi serial killer thriller God Told Me To (1976), which combined Cohen’s love of sci-fi and horror schlock with his police procedural sensibilities… and alien abduction. The story sees a troubled New York cop investigating a series of murders in which the perpetrators claim to have been instructed by God himself to commit their atrocities. Cohen himself is said to have been similarly inspired during the making of the film – naming The Bible and its petty, violent God as his inspiration for the movie.

Cops and the New York setting would prove to be a common theme for the vastly idiosyncratic Cohen – indeed, one of his other most notable films (Q, orQ: The Winged Serpent) had a pair of detectives fighting the Aztec god Quetzalcoatl, it having picked out New York’s Chrysler Building as its nesting spot, nipping down only to chomp upon unsuspecting pedestrians in-between naps.

Quetzalcoatl pales into insignificance, however, next to Cohen’s most famous New York cop movie – albeit one he wrote instead of directing. Directed by William Lustig, Maniac Cop (1988) is one of Cohen’s tightest, tautest pieces as a screenwriter. It stars B-movie legends Bruce Campbell and Tom Atkins as New York cops investigating the murders of a zombie cop (embodied by a sinister Robert Z’Dar) gone bad, having framed Campbell’s uniformed officer for his crimes. Maniac Cop is one of the most entertaining slasher films of the late 80s, due in no small part to Cohen’s snappy script and its shocking mid-story twist. The film spawned two sequels, both written by Cohen, and is said to have a remake in the works, with Nicolas Winding Refn on directing duties. Whenever it turns up, let’s hope it fares better than that It’s Alive remake he warned us about.

Appearing not long after that, in 1985, The Stuff is perhaps Cohen’s finest work as a writer and director. This satirical, subversive horror/sci-fi hybrid tells a tale of the perils of consumerism in its discovery of an edible ooze which turns all those who eat it into mindless addicted zombies. Think John Carpenter, but with a yummy sentient dessert instead of magic sunglasses. The film remains one of Cohen’s most popular and influential, and is must-see cinema for any fan of cult horror or B-movie aficionados.

Cohen continued to write and direct hard and diligently through the 80s, with his It’s Alive sequels and A Return to Salem’s Lot in 1987. In the 90s, Cohen’s output as a director began to stagger out and slow (Eric Roberts in an ambulance, anyone?) until he began to focus more upon his writing work. Here, he finally struck out into the mainstream with Phone Booth – the Joel Schumacher-directed crime thriller about Colin Farrell, Kiefer Sutherland, a phone booth and a sniper rifle. He followed this up with the slightly less taut, less remembered kidnap thriller Cellular (2004) and the unpleasant torture flick Captivity (2007).

Cohen’s final work as a director was for the TV anthology series Masters of Horror, for which he directed Pick Me Up in 2006 – one of the show’s strongest episodes, focusing on two serial killers fighting a turf war over the fate of a hitch-hiker on a desolate American highway. It was a brief but effective return to the director’s chair and a series highlight, telling one of the most compelling stories the series ever managed to produce, and proving that Larry Cohen could still deliver the goods.

Sadly, Cohen passed away in March 2019. His legacy lives on, not only in his work and the bound-to-be-on-the-way sequels and remakes, but also in Steve Mitchell’s recent documentary King Cohen: The Wild World of Filmmaker Larry Cohen (2016), which looks at the cultural importance of his work and his legacy, featuring interviews with the man himself – essential for fans of Cohen, and B-movies in general.

Larry Cohen may have only flirted with the mainstream over the course of his lifelong career, but his importance to cult cinema cannot be understated, with the director standing tall alongside peers Jess Franco and Brian De Palma as one of the masters of B-movie magic. Of his extensive, varied cinematography, such singular work and vision as It’s Alive, Maniac Cop and The Stuff are sure to resound for generations to come, for filmmaker and viewer alike. Long live the King. 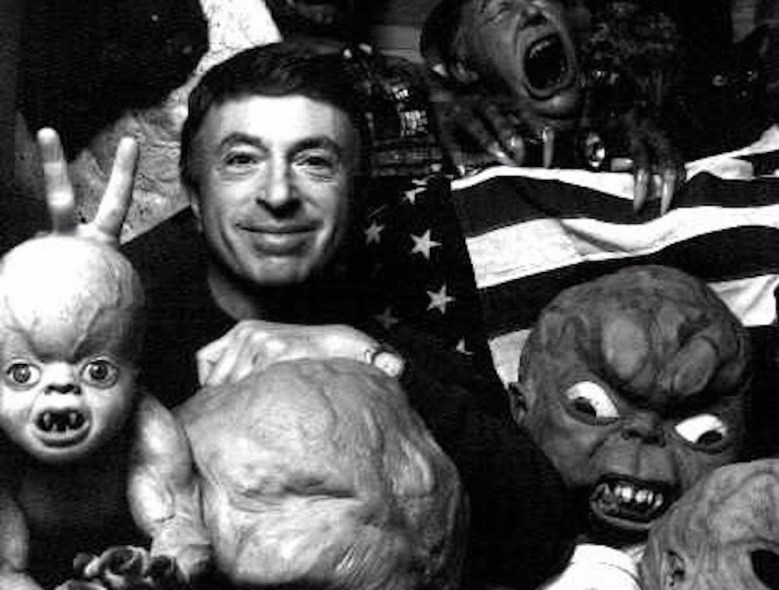 Start your Larry Cohen collection with Arrow's remastered Blu-rays of Maniac Cop and The Stuff, and don't miss a double bill of The Stuff and King Cohen, playing at the Prince Charles Cinema on Tuesday April 30 at 6:30pm, with a Q&A from King Cohen Director Steve Mitchell & composer Joe Kraemer!