Can you handle the truth?

Gomorrah is based on actual events – but what’s real and what’s been added for dramatic effect? The twisting storylines of the show have yielded an abundance of ultra-violence and bloodshed beyond our wildest imaginations. Each episode can be likened to The Wire, The Sopranos – and even Game of Thrones. But despite the shocking and unbelievable events that unfold in the Neapolitan underworld – minus fire-breathing dragons and hordes of zombies – the battle for dominion and high body count in Italy is remarkably similar to that of Westeros.

To celebrate Gomorrah Season Four, we take a closer look at the facts behind the award-winning series, hailed by The Times as “the most gripping drama on television”.

From Book to Screen

The series is based on the 2006 non-fiction, investigative novel Gomorrah: Italy's Other Mafia, written by journalist and screenwriter Roberto Saviano, and the award-winning 2008 feature film, helmed by filmmaker Matteo Garrone. Gomorrah joins the literary ranks of the ‘New Italian Epic’, which breathe life into real, Unidentified Narrative Objects (UNOs), like the mafioso culture.

Taken from a 2014 interview with The Telegraph, Saviano emphasises how genuine the serialised adaptation of Gomorrah is: “If people have doubts, then that’s great – I want to provoke doubt and I want to provoke questions, because all of the events you see in the series are independently verifiable. Everything I do is based on fact.” Being the voice of truth meant that Saviano had be placed into police protection on 13th October 2006, following death threats from the Casalesi clan. However, Saviano soon fled to New York in 2008, fearing for his life.

The places we see on screen are sites that have been stalked by the criminal underworld, such as the Le Vele tower block – a housing estate in Scampia, Naples. Production was given the go-ahead to film at the Le Vele, which was once the home of 926 families.

According to a recent article in The Guardian, in 2004, Le Vele was the scene of a notorious feud that erupted between the Camorra’s Di Lauro clan and another faction called the Secessionists. “Their fight for control of the drug trade raged for almost a year. At its zenith, it saw more than a murder per day, and more syringes per square mile in northern Naples than in all of Italy combined.”

Today, the legacy of Le Vele is coming to an end, as plans have been approved to tear the high-rise down. This means that the dilapidated interiors of the ill-famed landmark will remain as a stark reminder of Naples’ dark history, forever immortalised on the TV screen.

Learn more about the future of the iconic tower block here.

It is important to clarify that the Camorra empire is significantly more international, which is hinted at in the third season. Cristiana Dell’Anna, who joined the cast in season two as Don Pietro’s ‘messenger’, Patrizia, echoes this in a conversation with The Express: “For the main locations you have Rome, Naples again, Scampia, Downtown Naples and Bulgaria - just to give you an idea about how widespread the Camorra can be around Europe, around the world.” And, in season four, we see the Camorra walking the London streets.

Written in the Stars

In our own investigative quest, we decided to turn to the actors of the show to get a behind-the-scenes perspective. In a 2016 interview with Cristina Dell’Anna, the actress confirmed that Gomorrah’s excessive death-rate isn’t that gratuitous at all: “That’s all true – but it’s based on fact. In reality, there are more events that are even worse. So many things have been left out of the story because they’re so unbelievable that they sound fictional. The series is so close to reality and it is even worse than what audiences have seen so far.”

We also discovered more about Dell’Anna’s personal experience growing up in Camorra’s Naples and meeting Saviano: “I did know all about what happened but not in great detail because I was too young. After reading Saviano’s book, I was more aware of how scary it was. I was very lucky to meet Saviano a couple of times when we started promoting the second season,” Dell’Anna shares. “He’s a very funny man and a lot of people tend not to realise that – the human side! He’s known as this really brave writer and there is so much more to him. It must be really scary for him having to live under protection and not be able to live a normal life. He was only 26 when he wrote the book and was threatened by the Camorra.”

In a similar vein, Gomorrah’s Marco D’Amore, who plays Ciro di Marzio, talks about the accountability of portraying the lives of real people on screen: “Very often we find ourselves staging violent and cruel events that are alive in people’s memories today. As a citizen of Campania, I have always felt a strong responsibility for this. I have always been pushed by the need not to remain silent about the facts but tell them so that people from other cultural backgrounds are aware.”

D’Amore amplifies how he approached the subject matter of the show, which remains a culturally sensitive issue: “It hasn’t been easy in territories like ours. Nevertheless, I developed a kind of special sense that helped me to determine where certain people’s ideologies and loyalties lie,” D’Amore recalls. “Rather than approaching Camorristi, I did the reverse process by approaching the people who live in the places that have been affected. This helped me to believe that the story we were telling was necessary.”

At the risk of disappointment - the Savastano clan is fictional. Sorry, but Don Pietro and Genny are not real. Instead, the Casalesi clan is the real-life mafia family, which was the inspiration for the Savastanos.

Originally founded in the 1980s, the Casalesi clan was headed by gangster Antonio Bardellino. The Casalesi controlled the Camorra families from Naples to Rome, while operating a fish import/export business as a front to smuggle heroin and cocaine from South America. When Bardellino vanished under mysterious circumstances, Francesco Schiavone took over, only to be imprisoned later as part of the 10-year-long court case, known as the 'Spartacus Trial'. During this infamous decade, five people were murdered, while judges and journalists (including Saviano) were intimidated. Nevertheless, over 500 witnesses to the Casalesi crimes gave evidence to end the reign of terror. 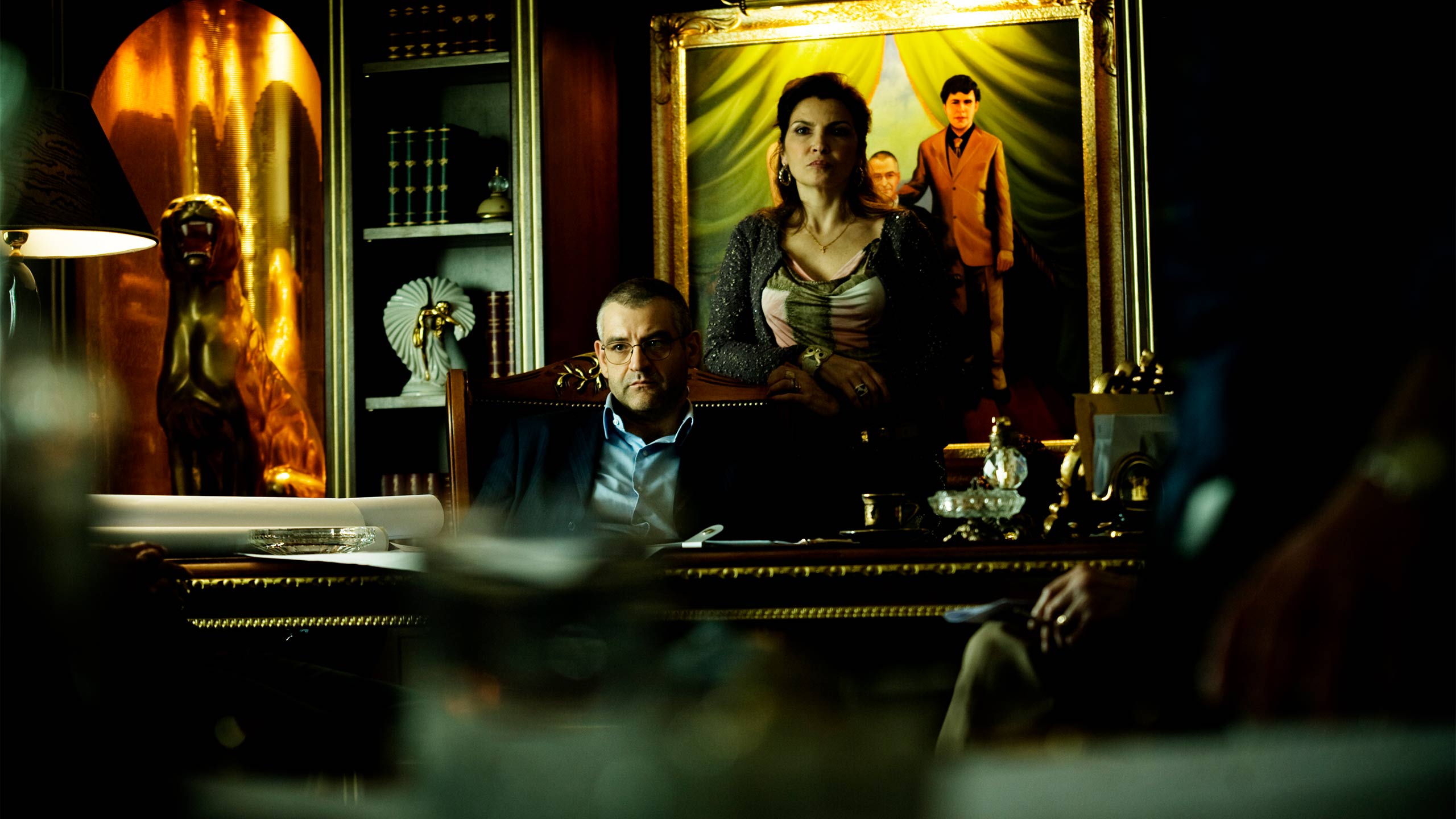 As astounding as it sounds, the historic truth outweighs the fiction of Gomorrah, which Saviano underscores in The Telegraph: “When I wrote Gomorrah, I used real names, and real places. The only difference here [in the TV series, where the characters are composites of real people] is that you’re allowing a degree of narrative space between real facts.”

You won’t see Gomorrah in the same way again.

The complete Gomorrah Season Four will be available to stream via the Arrow TV Amazon Channel soon. Catch up with the clan and watch Gomorrah Season One and Two at www.amazon.co.uk/channels/arrowtv