Trapped literally took the world by storm and has continued to build up its popular momentum ever since. And, barring the chance to slot in climate jokes and avalanche analogies, we are very excited about the return of Iceland’s most successful export. Ahead of the release of Trapped Season Two on DVD and Digital HD, we caught up with Ólafur Darri Ólafsson to talk about what’s new with him and Andri too.

Read our original interview with the star on Trapped Season One here.

Can you tell me about the new Noirish plot of the second season, for instance, what happens to Andri this time around?

“I think the biggest change that the audience will notice is that it doesn’t take place during midwinter. This time, the events of Trapped take place during the autumn. So, not everything is covered in snow! But, of course, this being Iceland, you can never bank on the weather! For the longest time we had snow on the ground. When we all got back together in May, it snowed for a whole week, which meant we couldn’t finish filming until August. I almost want to say that Trapped is a family project. It’s good to see your family once in a while! But, yeah, I think that is going to be the biggest change.”

After the family drama in Season One, how has Andri evolved since we last saw him?

“For Andri, we get to see a little bit more of his personal life. Mostly, he is dealing with his teenage daughter. She’s rebellious, which I think is completely understandable, after her grandfather was arrested and put in prison.”

And now Andri is in Reykjavik – away from the rural coastal town.

“When we return to the show, it’s set a couple of years later and Andri is now working for the Reykjavik Police. His partner from Season One, Hinrika [played by Ilmur Kristjánsdóttir], is now the Police Chief up north in Siglufjörður. The case that Andri is working on begins in the capital and then brings Andri back to Siglufjörður. So, yeah, it’s been a while!”

How does the new criminal case compare to the murder mystery in the first season?

“I was really happy with the story from initially reading the script. It starts off powerfully and I remember my reaction was, wow, OK, this is really good! In the first season, the name of the show, Trapped, really applied to the situation of being trapped in a small town. Now, we get to see more of that. There are also a lot of themes raised, which I would call ‘environmental terrorism’, involving a group of people who are willing to go quite far for their nationalist beliefs.” There’s a strong theme of the past haunting the present and the environment being foregrounded as a dangerous beauty not to be messed with throughout the series. “I think people find these topics to be an interesting blend. Icelandic filmmaking has become more political and focused more on the environment, but not in a romantic way, like it used to be. Older Icelandic films used to take a romantic view on life in the country. Whereas with Trapped, I think it tries to show a bit of both: romantic and realism.”

How has the popularity of Trapped affected your career?

“The first season was extremely successful. It travelled more than I ever expected it would, becoming a global thing. I have a very funny story from when I was shooting last year in South Africa. I was at a restaurant and I went up to the bar to order something when this woman stops me to ask, are you an Icelandic actor? [LAUGHS] And I was like, yes, I am! It turns out that this woman was from the Philippines and she’d been watching Trapped in her country. So, understandably, she was a little bit skeptical about meeting a guy who she saw in an Icelandic TV show… in South Africa! I’ve had a lot of those kinds of run-ins. It’s been a lot of fun.”

Discover more about Iceland and the top 10 places to visit here.

Now, with platforms like Netflix and the Arrow TV Channel on Amazon Prime, Nordic Noir series are becoming easier to watch throughout world.

“Of course, it’s a sign of the times. I think global content from around the world is now more and more accessible – which is fantastic. It’s been one of the biggest discoveries for English-speaking audiences too. At least here in Iceland, we watch everything in subtitles. We’ve been watching international shows for forever. About 10 years ago, I think there was quite a prejudice against watching something with subtitles – but it seems that people just look past that now. They don’t care about it anymore. As long as it’s interesting, people don’t care. That’s why you can go on Netflix and watch incredible Israeli, Danish, Swedish and German series – from all over the place. I think that’s fantastic – I’m so happy about that. I speak a little bit of German, but not enough to sit and watch a show without subtitles. You have to pay attention it – and it’s really great!”

Andri is a dependable and level-headed Chief of Police, despite what he deals with throughout the show. His dark past was revealed in Season One, giving him more complicated layers. So, has it been easy to step back into his shoes?

“It’s funny you should say that. I don’t find it hard – but making Trapped is always a hard and gruelling schedule. It’s so wonderful to come back to Andri. I really like him and he’s the type of person I’d like to be myself. I find him to be quite patient and very sympathetic. He can listen to people and he carries with him a deep sense of justice. I admire him. I know it sounds weird to say that about someone you portray yourself but, honestly, he’s taught me quite a bit.”

In addition to reprising Andri, it sounds like it’s a good thing to be trapped with this cast and crew?

“Just coming back to him and his dramatic family story is great. That, and returning to act alongside Ilmur and Ingvar Eggert Sigurðsson, who plays Ásgeir, as well as being directed by Baltasar Kormákur, Óskar Thór Axelsson and Börkur Sigþórsson. In season two, we have a new female director, Ugla Hauksdóttir, who is fantastic. It has been so much fun and such a pleasure to come back and revisit the character. I’ve only gotten to do that a couple of times. It’s lovely because now I know how Andri would react to things. You have all the backstory and you know what happened, so you just move forward. It was really enjoyable; I was really happy. I just hope we get to do more!” 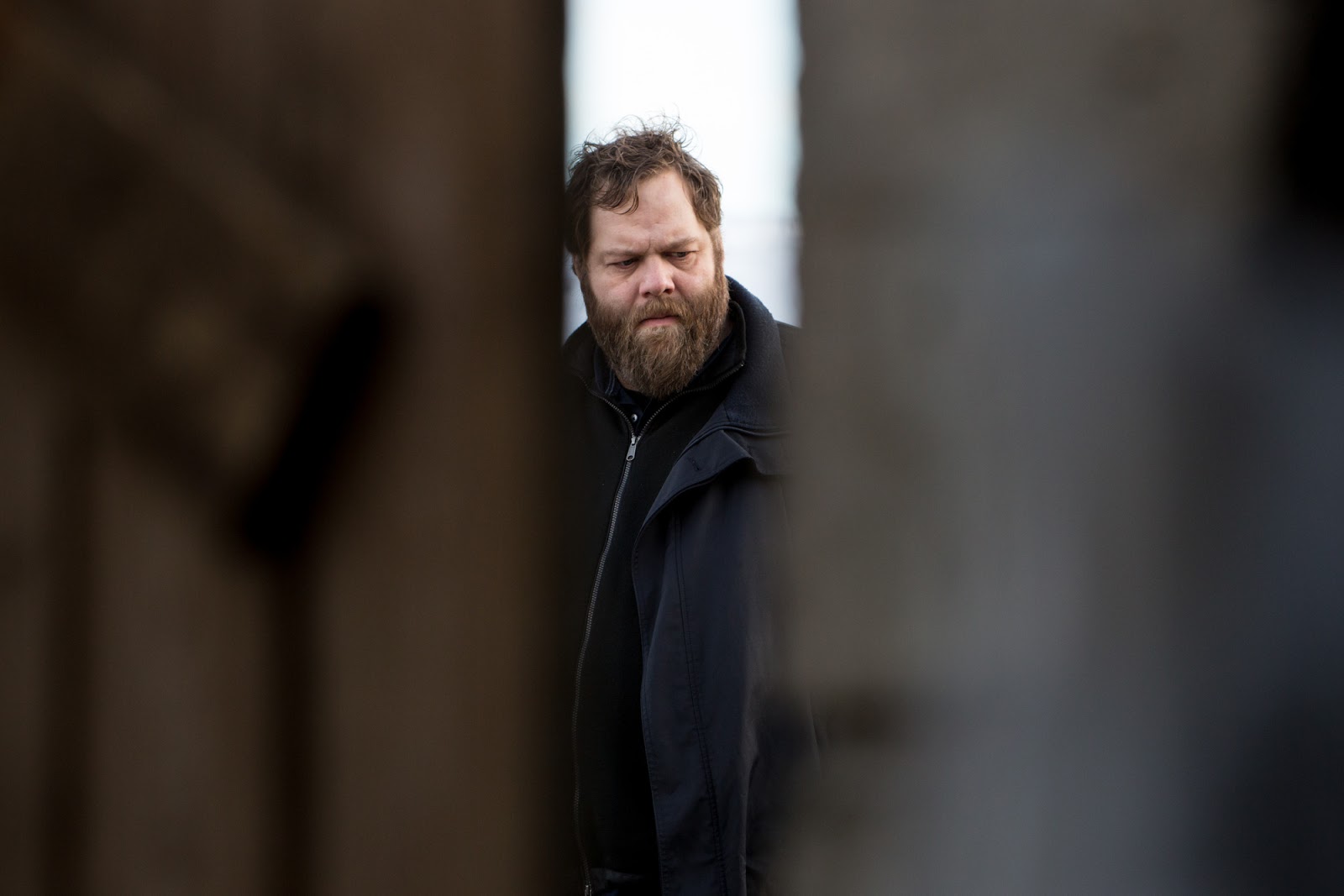 From your oeuvre of onscreen characters, how does Andri compare to your recurring role as Scott Marvel Cassidy in Lady Dynamite?

“[LAUGHS] Ah, that’s such a good question! I’ve been so lucky in that I’ve portrayed characters from all walks of life. I loved being a part of Lady Dynamite. It was one of the most fun jobs I’ve ever had because Scott is the ‘normal person’ and the ‘straight guy’ in that show. Like, with any job and any character, if you approach them with an open heart and without judgement, you can learn from anyone. You can enjoy playing anyone. I know that’s a bit strange to say because you can be portraying murderers and sociopaths. What’s fascinating about being an actor is that you get to explore all facets of life that, thankfully, aren’t part of who I am.”

Between Seasons One and Two, you've starred in a variety of blockbuster movies, including The BFG, The Meg and Fantastic Beasts: The Crimes of Grindelwald. How were those experiences?

“The Meg was such a fun movie to make. It was shot in New Zealand and the trip from home was a 36-hour straight journey, which I made about 6 times, I think! [LAUGHS] I’ve always been interested in islands – all kinds of islands around the world. Coming from an island, you have this island mentality. Honestly, New Zealand felt like Iceland, to me, but on the opposite side of the world. It was stunningly beautiful with very sweet people – it was just a really nice place. And, how often do you get to make a shark movie?” 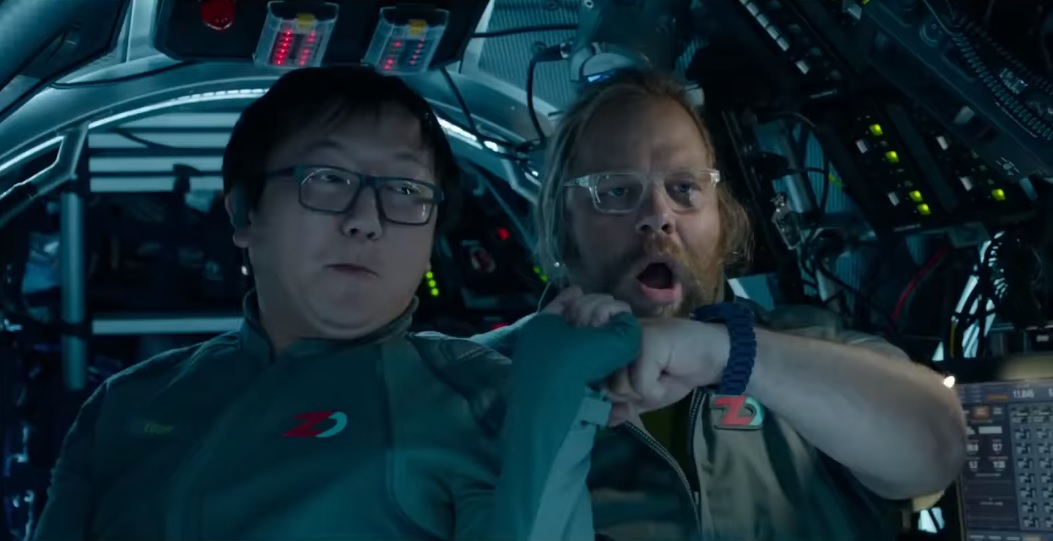 “I don’t know what to say about that experience, except, what a privilege. It’s such an iconic world that J.K. Rowling has created and, being associated with anything to do with Harry Potter, has been really interesting. I didn’t realise how big that world was until that move came out. I read the books and I loved them from the first Harry Potter book. I never imagined I’d be part of that world. There are a lot of Scandinavian – and particularly Icelandic actors – who are working abroad right now, like the fantastic actress, Hera Hilmar, who is the lead in Mortal Engines. I’m proud to be part of that. As much fun as it is to be part of the Hollywood movies, like The Meg or The Secret Life of Walter Mitty, it’s a different kind of feeling to be part of something that is Icelandic and in Icelandic that so many people have watched. I’ve been in movies that have gone to film festivals but, before I starred in Trapped, I never experienced anything like this.”

What can we see you in next?

“I have a series coming out in the US called NOS4A2 [in case you’re wondering, the title should be read as Nosferatu], which is a new AMC show that comes out in June, which is based on a book by Joe Hill. I’m also shooting a new Icelandic series in a month’s time called The Minister, which is about a prime minister who is bipolar. I’m really looking forward to it but, like always, I have butterflies in my stomach.”

And will there be a season three of Trapped?

“I’ve heard Baltasar talk about it and I know the producers are in the process of finding a story that they like.”