What do Arrow films and the Cannes Film Festival have in common? One is the world's leading high-end boutique label for Blu-rays (located in leafy Hertfordshire) while the other is the world's most famous film festival – but both are damn good at spotting winners when it comes to the most intriguing and unusual films - so it's hardly surprising that the Arrow catalogue has repeatedly dipped into the list of Cannes winners over the years, issuing extras-packed editions to set the pulses of cinéastes racing. The company’s specialty is the provocative and the quirky, and the merest glance at a list of their films will show how wildly eclectic the company is. Such as all of Cannes-connected movies discussed below is in its way unique, and stretches the seams of whatever genre it belongs to.

The list of Cannes pickups by Arrow includes such now-recognised classics as Ermanno Olmi’s searing THE TREE OF THE WOODEN CLOGS (which won the Palme d’Or in 1978), Rainer Werner Fassbinder’s moving tale of interracial love FEAR EATS THE SOUL (a 1974 prize winner) and the neo-realist masterpiece MIRACLE IN MILAN (directed by Vittorio de Sica in 1951), along with newer fare. But every film listed here has its own striking points of interest – and, for the hard-core cinéaste, all are essential viewing.

Given that the director Gasper Noé’s career has been marked by a series of provocative and explicit attacks on audience sensibilities, the most striking thing about his film CLIMAX (2018) is that, by his own in-your-face standards, it is relatively restrained, with less of the unbuttoned sex and violence for which he is most famous. Which is not to say that the film is lacking in the kind of powerful impact that we have come to expect from him – particularly as he has drawn from his inexperienced cast performances that have a genuine ring of truth and desperation. Post-Cannes, after its UK premiere at Arrow Video FrightFest, the film arrived with the customary fuss, bearing Variety’s description of it as ‘Fame directed by the Marquis de Sade with a Steadicam’. A young dance troupe rehearsing for an upcoming US tour self-destructs when someone spikes their drinks with LSD. Noé’s work – if you’re unshockable enough to take it – always sports a totally individual vision, as here. 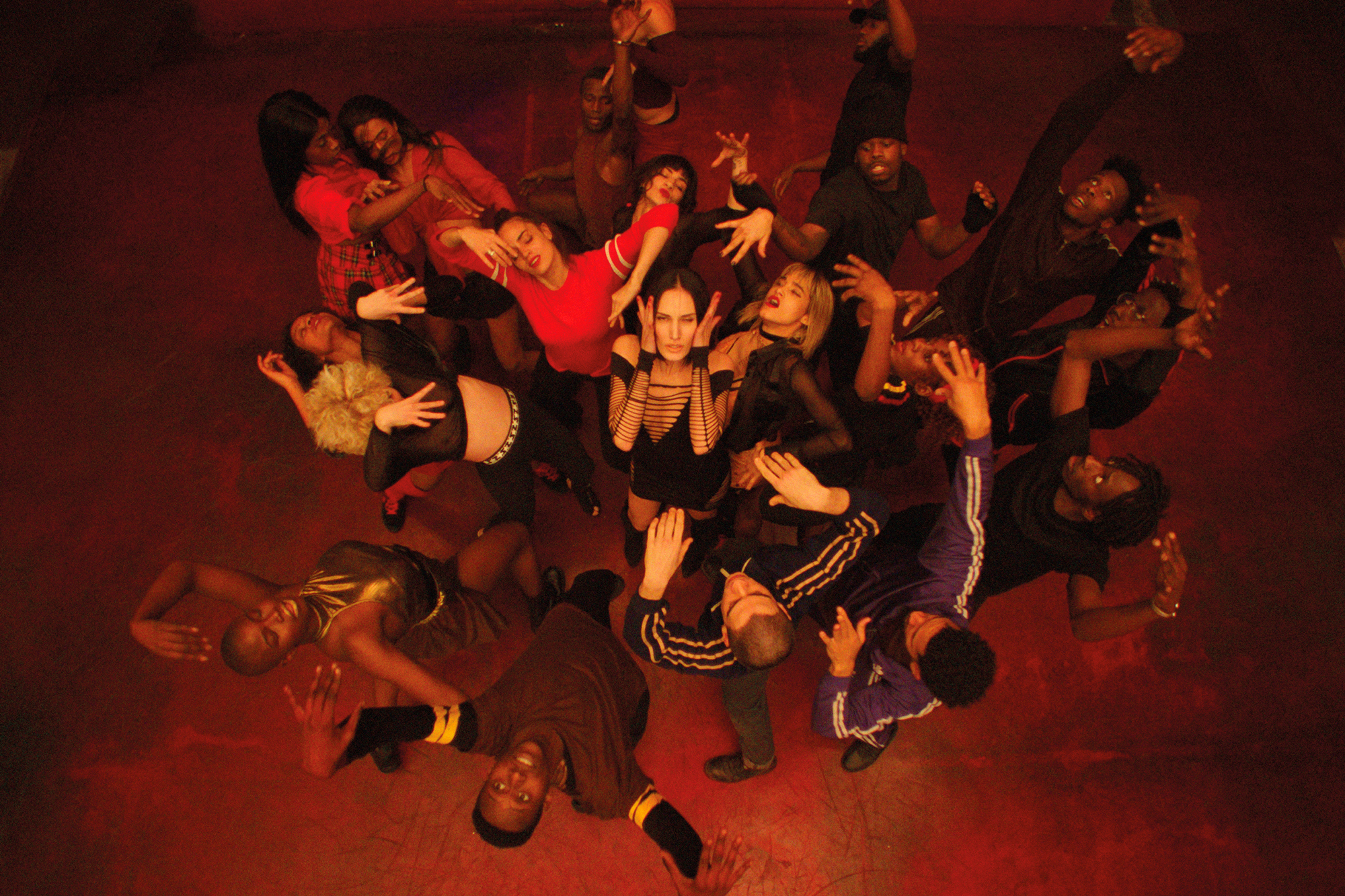 But Arrow Academy’s trawl through films that enjoyed attention at Cannes is by no means confined to recent films. The company has a superb Cannes prize winner from 1955 – one that doesn’t date an iota. In fact, Jules Dassin’s richly textured RIFIFI (Du Rififi chez les hommes) makes Guy Ritchie and other directors specialising in screen heists and criminals falling out with each other look like small beer indeed. Acknowledged as the forerunner of, and inspiration behind, many modern-day crime capers (including, most notably, The Usual Suspects and Reservoir Dogs), Dassin’s French noir classic remains the quintessential heist movie, not least for Jean Servais’ bitter, ageing thief and its celebrated, much-imitated wordless robbery sequence (see Tom Cruise and Mission Impossible) – it’s the one with the umbrella passed through a hole drilled in the ceiling to catch falling plaster. Arrow, of course, has the version with the original French dialogue – the only one to watch.

The company also lighted upon another long-neglected film from 1955 that cried out to be looked at afresh. After a long string of comic roles, Alec Guinness moved his career in a very different direction with his THE PRISONER, British director Peter Glenville’s powerful portrayal of a tormented priest accused of treason in a totalitarian Communist country. This dark and severe drama was nothing if not controversial: misunderstood in Ireland as being sympathetic to Communism, while – at the other end of the spectrum - the idea of a Cannes showing was criticised in France as the film was ‘anti-Communist’. Similarly, it was banned from the Venice Film Festival for the latter reason, while the Italian response was that the film was anti-Catholic (although, ironically, The Prisoner received an award from the International Catholic Office of the Cinema). His biographers have considered that Guinness’s research for the part was one of the reasons why the actor himself turned to Catholicism – which, in the context of the film itself, may seem somewhat counterintuitive as the priest at the centre of the narrative here harbours considerable doubt about his faith. The actor’s performance may be theatrical (he originated the part on stage) but is still mesmeric, and Guinness is perfectly matched by the ever-excellent Jack Hawkins as the interrogator using psychological warfare against the priest. It's interesting that the film shares a title with the cult Patrick McGoohan TV series, which also replicates several elements here - notably the clash of wills between a prisoner and a ‘Number Two’ figure. As an analysis of faith, doubt and the power of the state, this is strong and authoritative stuff. 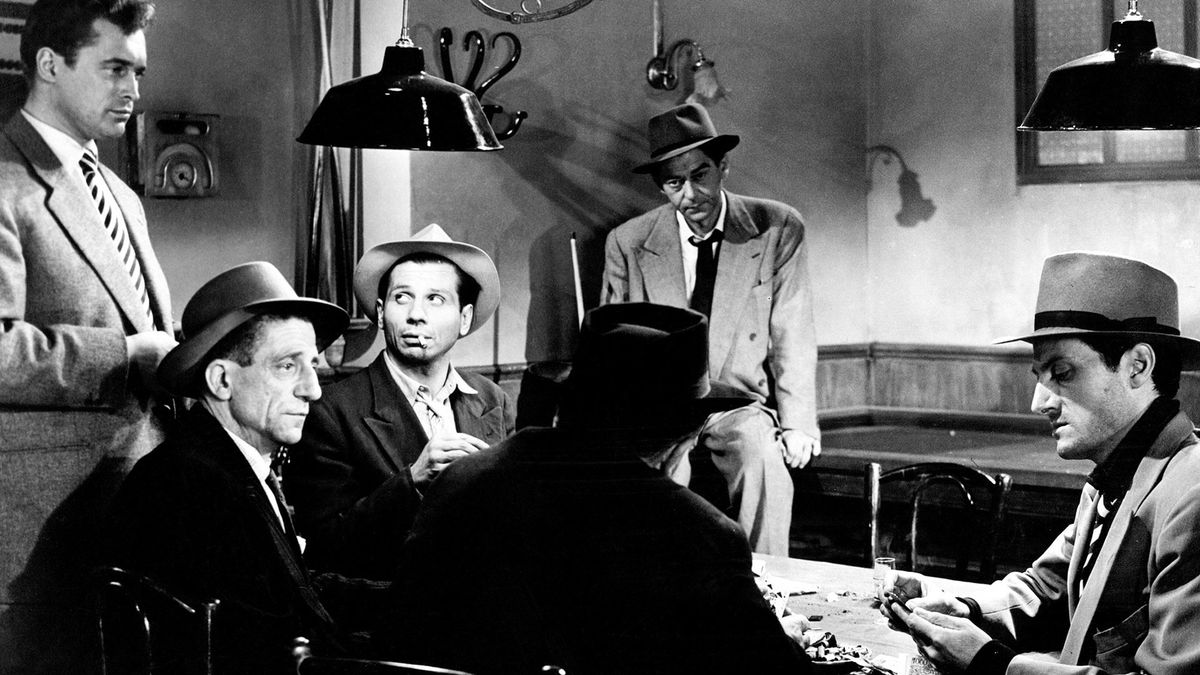 Also in the Arrow catalogue is one of the best-loved foreign films of modern times. The story of a small boy whose father has been killed in the Second World War and who finds a surrogate father in the local projectionist is one of the most popular and celebrated Italian films in many years and achieved worldwide recognition. The massive success of Giuseppe Tornatore’s film, CINEMA PARADISO, a Grand Prix jury winner in 1988, is largely due to its mismatched central couple - the child actor Salvatore Cascio set against the ever-reliable Philippe Noiret, whose rough edge keeps sentimentality at bay.

Other Cannes-acclaimed films from Arrow? How about two cult movies from the 1970s directed by Robert Altman, IMAGES and 3 WOMEN? The latter sports top-notch performances from Shelley Duvall, Sissy Spacek and Janice Rule. Or Vincent Ward’s atmospheric and ambitious medieval drama THE NAVIGATOR (1988), with its beautifully shot epic journey? Or Federico Fellini’s late (1990) oddity THE VOICE OF THE MOON (La voce della luna), with its band of hopeful misfits – a film much underrated in its day? Or Kiyoshi Kurosawa's haunting science fiction drama BEFORE WE VANISH (2017)?