If you consider yourself to be a bit of a nerdy Nordophile or crime fiction historian, you’ll know that the early roots of Noir date back to the publishing powerhouse of the Série noire – a collection of pulp crime novels, founded by French actor and screenwriter, Marcel Duhamel in 1945. The popularity of these hauntingly bleak and hard-boiled sagas became a Hollywood cinematic staple in the 1940s too; mirroring the mounting post-war anxieties. This created a signature style coined by French critic, Nino Frank, as Film Noir. So, it’s no wonder that the cultural wave worked its way back around to modern French TV, is it?

“It’s not just the Scandinavians. The Anglo-American domination of the crime fiction genre has been under siege by Nordic Noir for quite some time, but another juggernaut is crashing its ways into the genre – the astonishingly varied and exciting crime fiction streaming out of other European countries: France, Germany, Italy, Spain, Portugal, Greece and others.”To echo the words of crime fiction aficionado, Barry Forshaw, and his introduction to Euro Noir, we decided to take a closer look at the French connection the “juggernaut” (brilliant word, Barry).

A girl disappears. A bunch of people reappear. Plus, there’s an opening credit wolf to watch out for – why is it there? We don’t know! – but that’s the beauty of an obscure allegory. These questions aren’t the only things to keep you on the edge of your perplexed seat. We’ve got two more words for you to comprehend: corrupt cops. With this myriad of mysteries and delectable dramas to get your armchair detective head around, the Gallic sub-crime wave expands to every Noirish corner of the genre.

Here are the top 4 shows that embody these crime fiction strands and character traits:

It’s every parent’s worst nightmare. When 17-year-old Léa Morel vanishes without a trace, her family are left to face the overwhelming emotional fallout, while the police begin searching for clues. Like many Noir characters, the Morel family and their friends are not exactly sweet and innocent, as Léa’s disappearance threatens to reveal their own duplicitous lives. Is Léa the victim of someone she once trusted? This 8-part miniseries reveals secrets and lies as the slow-burning investigation develops – all the while signalling a disastrous fate for the missing girl.

When the series first aired in the UK, the audience reception was ground-breaking: “The Disappearance has quickly gained the attention of a younger following, claiming to be the highest grossing drama for BBC Four that young adults tuned in to watch during its Saturday night time-slot. The Disappearance took a 1.4% share of the 16-34-year-old demographic, which is notably three times more than the typical audience percentage. If this wasn’t enough to express how popular the show was, 70% of the young adult viewership also watched the series on BBC iPlayer.”

Encountering the Supernatural in The Returned (Les Revenants)

There aren’t many storylines with a supernatural twist in Noir – but The Returned goes beyond the typical realm of crime to deliver something a little bit different. Why include it, you might ask? Well, the stylish and narrative elements of Euro and Nordic Noir shows are very much apparent.

For a start, there is a mystery to decipher: why have supposedly dead relatives suddenly come back to life without a memory of their tragic demise? This Second Coming of sorts affects a French mountain town, with the trademark cold colour palette, influenced by those shady Venetian blinds that set the mood in the archetypal Noir, Double Indemnity. Those who have returned include Victor, a boy who was murdered, and serial killer – so, the Noir shadow does cast a pall over this ethereal serial.

Who are The Returned and what do they want? Why are the living and the dead showing bizarre marks on their bodies? During the heyday of Film Noir, Hollywood movies within the crime and horror genre, subtly spotlighted political issues to challenge the constraints of censorship and analogise fears of a Communist takeover, such as The Third Man and Invasion of the Body Snatchers. The Returned can be likened to this movement, as well a being a Neo-TV Noir in its own right.

Stream the first season via the Arrow TV Channel now. Embroiled in the Hard-Boiled Cop Drama of Witnesses (Les Témoins)

Retired Chief of Police and crime solving legend Paul Maisonneuve (Thierry Lhermitte) is lured back into service when a strange spate of murders rouses the residents of the once sleepy coastal town of Le Tréport. The hard-boiled-cop storyline is explored with female detective Sandra Winckler (Marie Dompnier) at the helm. Tasked to stop a serial killer who’s putting his victims on macabre display in prestigious show homes, Winckler must put her personal feeling aside and team up with Maisonneuve – her former police academy mentor.

The slow-burning narrative of Witnesses – Season One intrigued UK audiences, plus more than 5.1 million French viewers tuned in to watch the show. In the second season, the new killer’s M.O. was even more fantastical, as 15 bodies are discovered frozen to death on a bus in northern France. Lieutenant Winckler heads the investigation with only one lead: Catherine Keemer (Audrey Fleurot, Spiral). But, having been missing for 3 years and suffering from amnesia – is Catherine actually a suspect?

By the way – this is the series with the wolf in the opening credits. Is it a manifestation of Sandra’s past or the killer stalking her? Or is it Paul? He is a bit of a wild card after all. Tell us what you think the feral meaning could be, as Noir is the perfect genre of crime to include socio-historic metaphors.

Witness the all episodes from Season One & Two here. 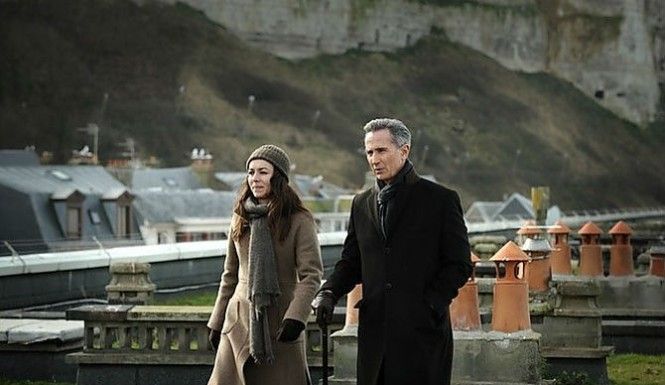 The hard-hitting crime thriller is perhaps more akin to the classic gangster-Noir of Scarface.To place it in a contemporary crime context, Radio Times describes Braquo as a “tense, hard-edged blood brother of Spiraland The Shield”. The gritty show garnered top ratings from French viewers, centring around a police precinct that operates with a vague moral compass at best.

Braquo catapults us into the investigation of a corrupt squad leader and introduces us to a Noir antihero: Captain Eddy Caplan (Jean Hugues-Anglade, Suburra and Betty Blue). Together with his team, Caplan carries out his own brand of justice to learn the truth – by any brutal means necessary. Each season presents a new case, while the formidable actions of Caplan and his crew are under scrutiny.

There’s a gold heist in the second season, a prostitution ring perpetrated by the Mafia in the third, and the fourth and final season pits the squad against one of their longest-reigning nemeses.

In addition to The Returned, Braquo was named as “one of the fine French TV dramas you’re not watching” by GQ magazine and: “A thriller at its core, the script also goes into real depth about the specifics of law enforcement” – can you keep up with the incendiary plots?

Get caught in the crossfire with Seasons 1-4 on today! 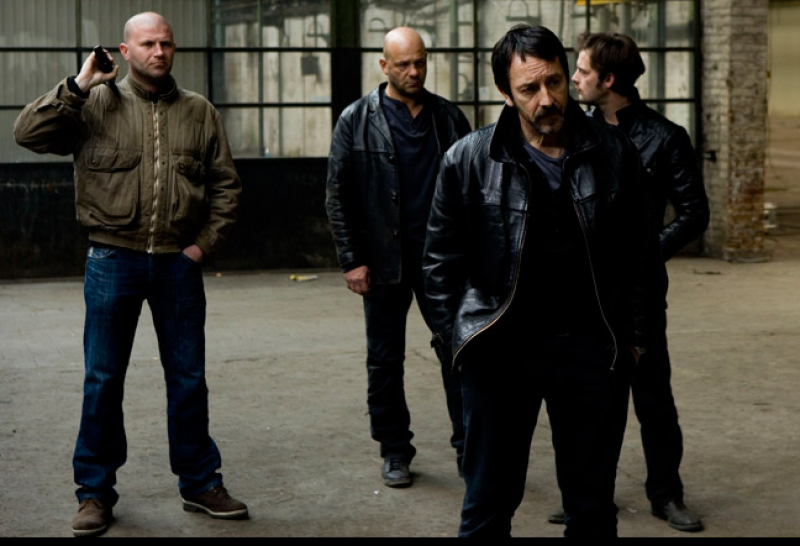